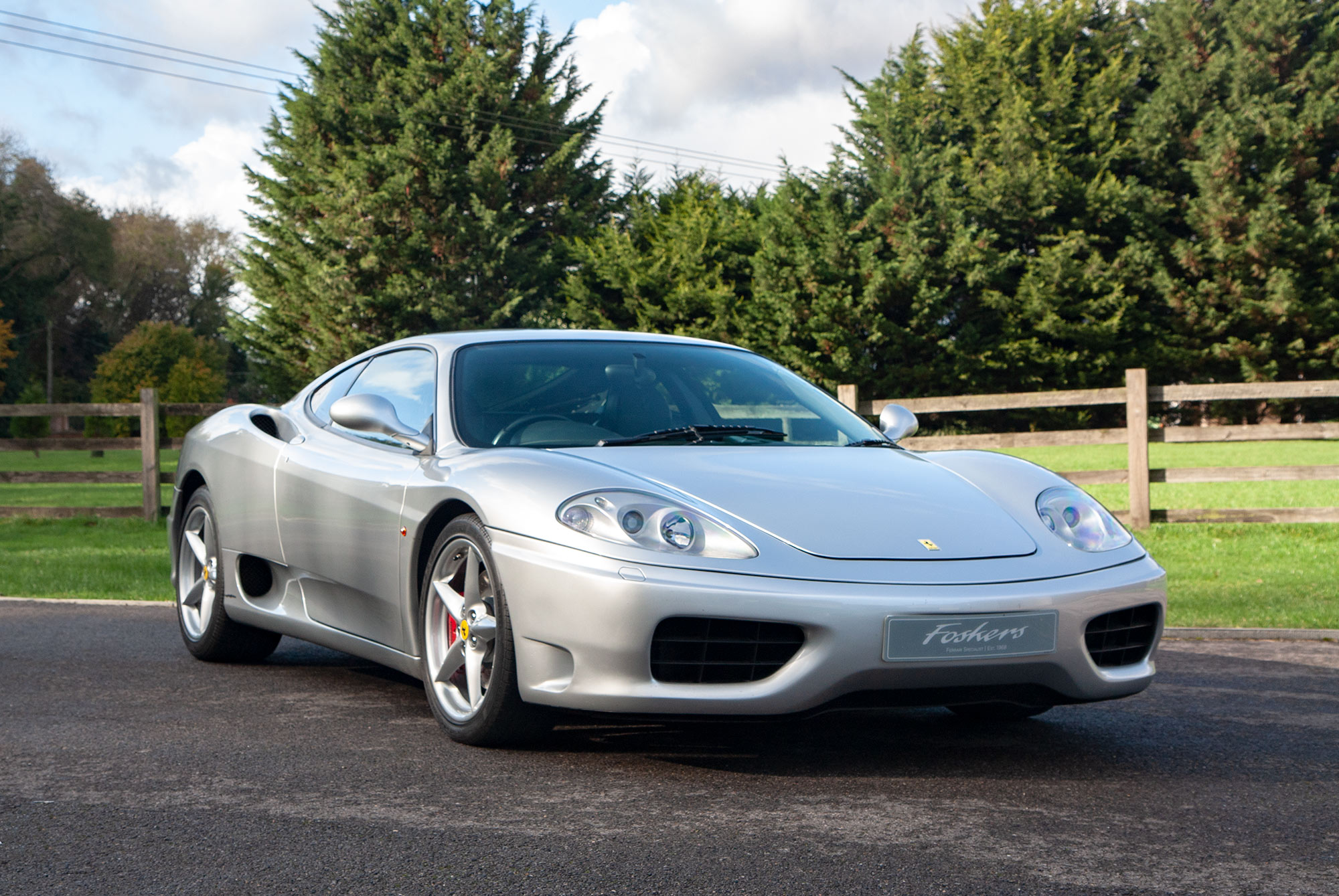 Having been supplied by Foskers, this 360 is well known to us and is one of the few to offer a wonderful balance of condition and originality. Delivered new by Maranello Surrey on the 5th February 2000 to Mr M Wadham and optioned with the F1 transmission, this example has been well maintained - it recently benefitted from the following works from Foskers Workshop - Major Service, Renewed suspension ball joints front and rear, renewed wishbone flambocs, renewed rear suspension tie bars, renewed front track rod ends, renewed brakes. A/C service, new tyres fitted.

Present with the car is its original service book, handbooks, leather book pack and full set of keys. Within the vehicles extensive folder are assorted records detailing any works carried out by reputable specialists and main dealers throughout its lifetime.

These include, but are not limited to, Maranello, Graypaul, Joe Macari, Nick Cartwright and here at Foskers. MOT history compliments the low recorded mileage.

Succeeding the extremely popular Ferrari F355 range the 360 Modena took the world by storm upon it’s release in 1999. In simplistic terms, the design brief for the new car was basically to do everything that the F355 did already, but do it better, with less weight, more interior space, greater comfort and superior performance.

All these objectives were achieved, with a massive technological leap over its predecessors, it was the first production Ferrari to be constructed entirely in aluminium. Chassis, body shell and suspension wishbones are all made from this light-weight material, allowing the engineers to provide vastly improved aerodynamics and the best overall performance and handling ever achieved in a mid-engined Ferrari, along with levels of comfort unheard of before.

The mid mounted 90 degree V8 engine is a derivation of that designed for the F355 with a increase in cubic capacity to 3.6 litres, hence the 360 model designation. A claimed power output of 400bhp, at the time of launch magazine road tests recorded a 0-60 mph time of 4.2 seconds quoting the manufacturer top speed of 184 mph.

Using Formula 1 technology the 360 Modena features a more sophisticated and upgraded version of the F1 six speed gearbox. This features up and down gear change paddles behind the steering wheel, manual and auto settings plus sport mode which activates subtle changes to transform the way the car drives.

Advantage of the revised system on sensing an input from the driver on either paddle, the throttle opening adjusts accordingly during the change process to automatically smooth out the gear change.

The suspension and braking systems provide either ‘normal’ or ‘sport’ mode otherwise switch off completely dependant on the driver’s wishes. 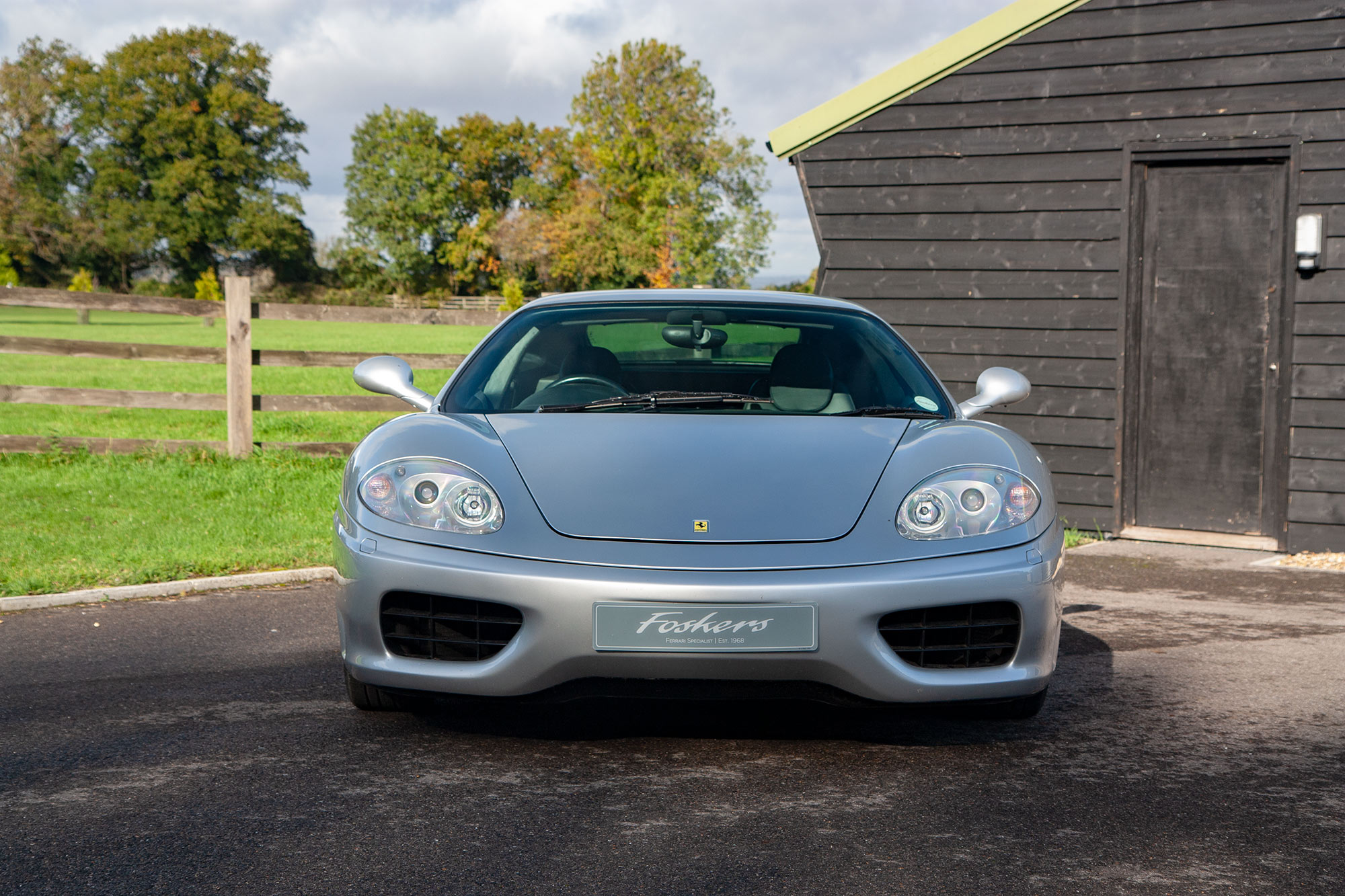 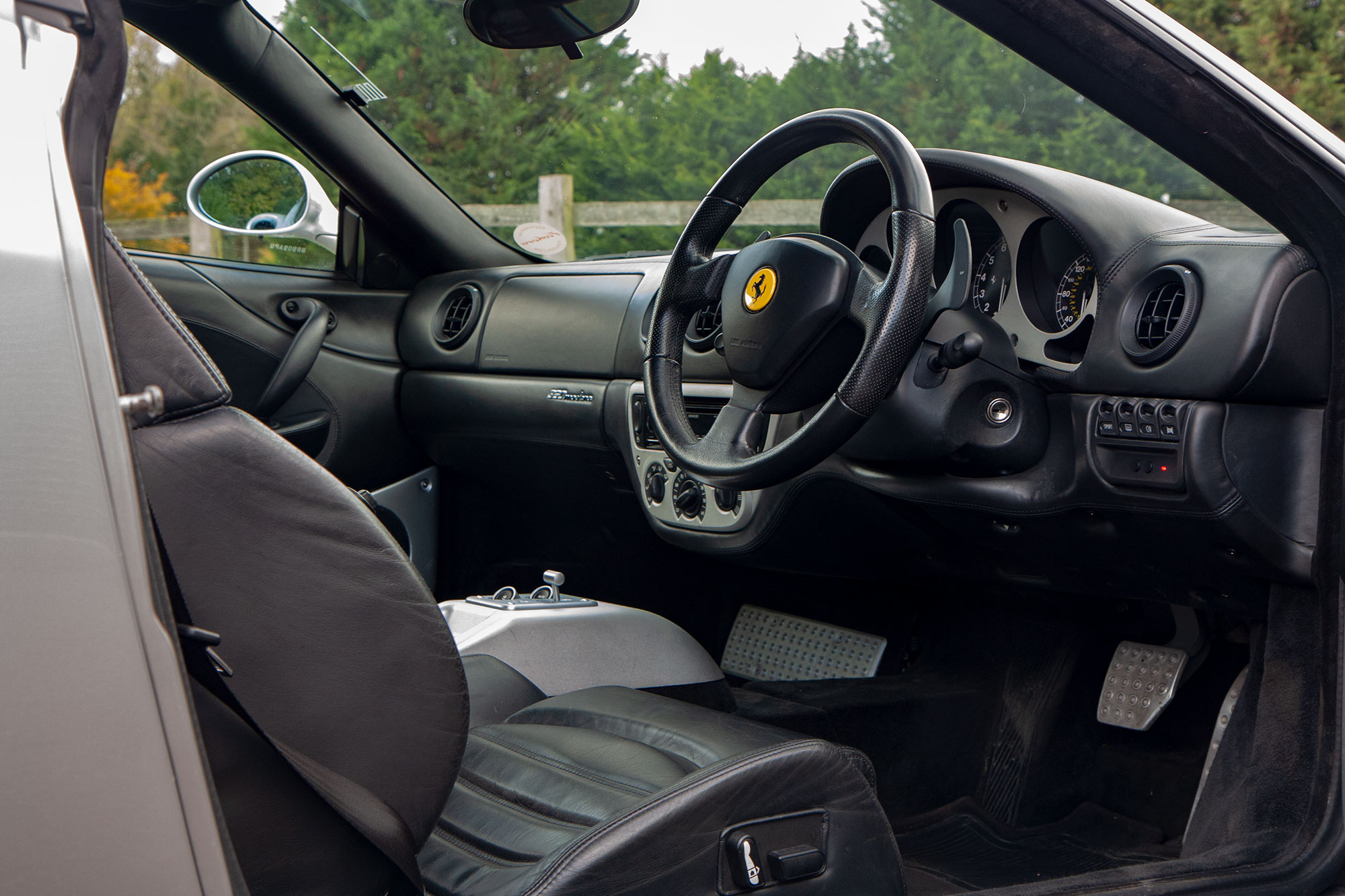 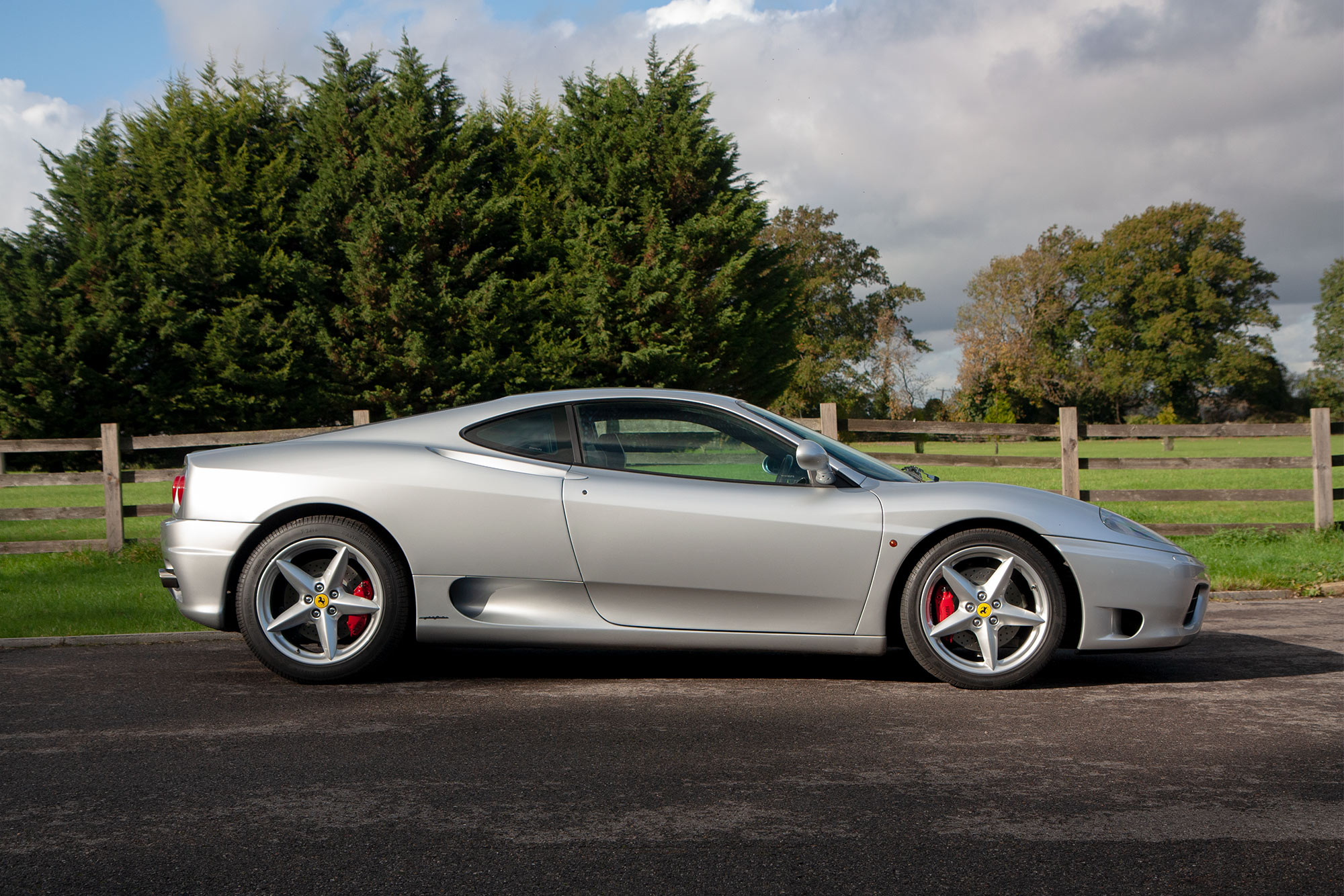 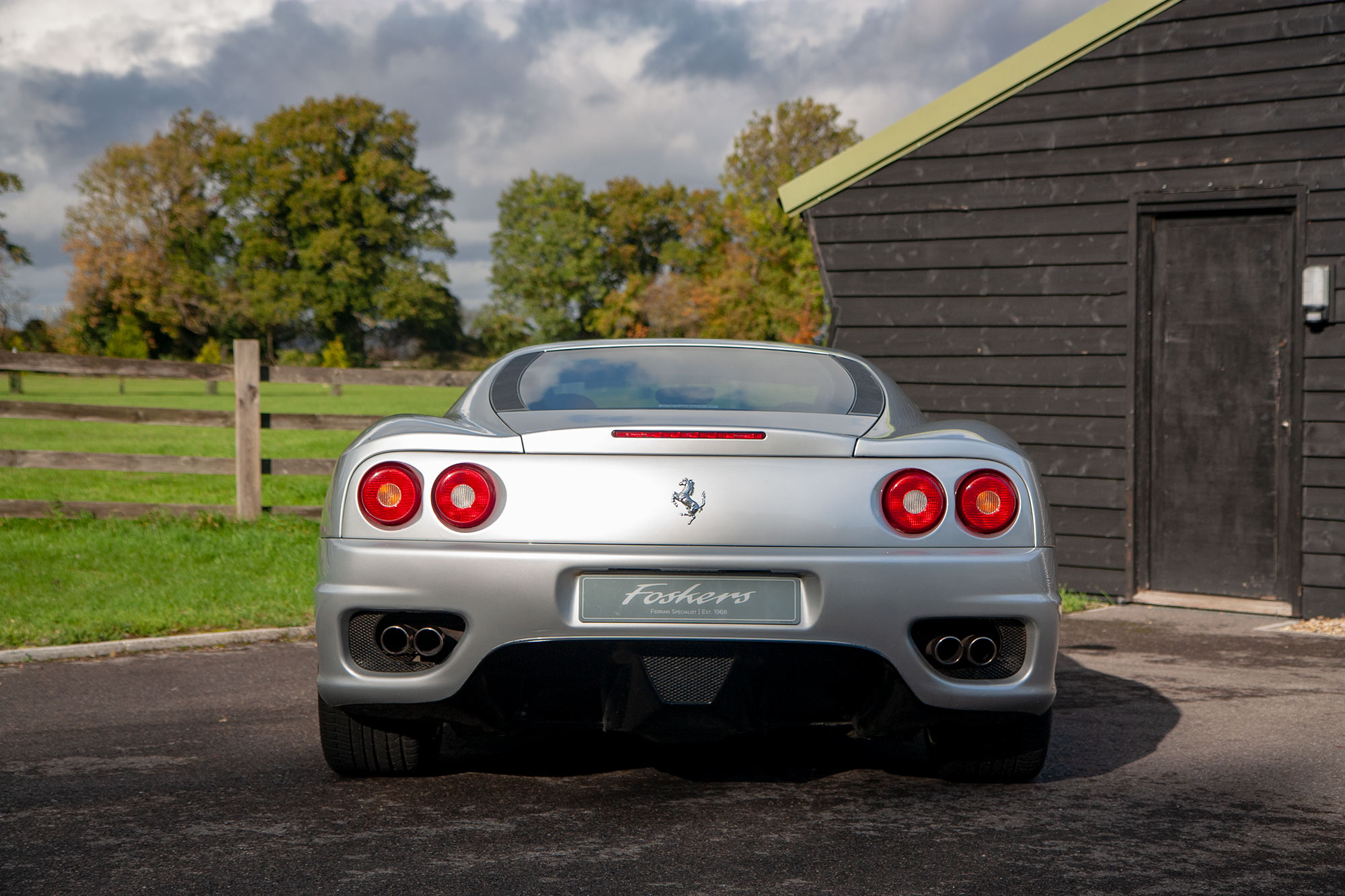 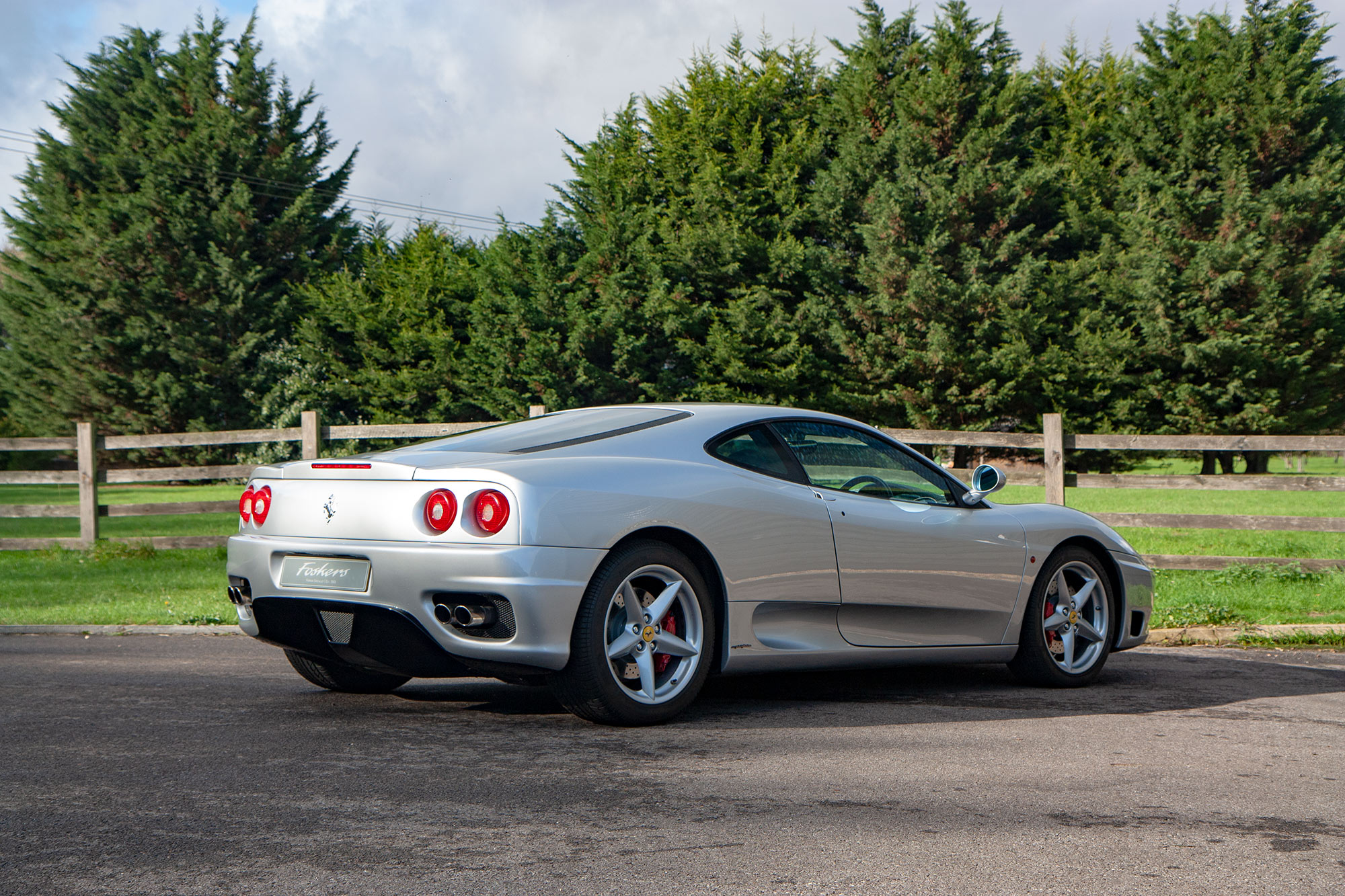 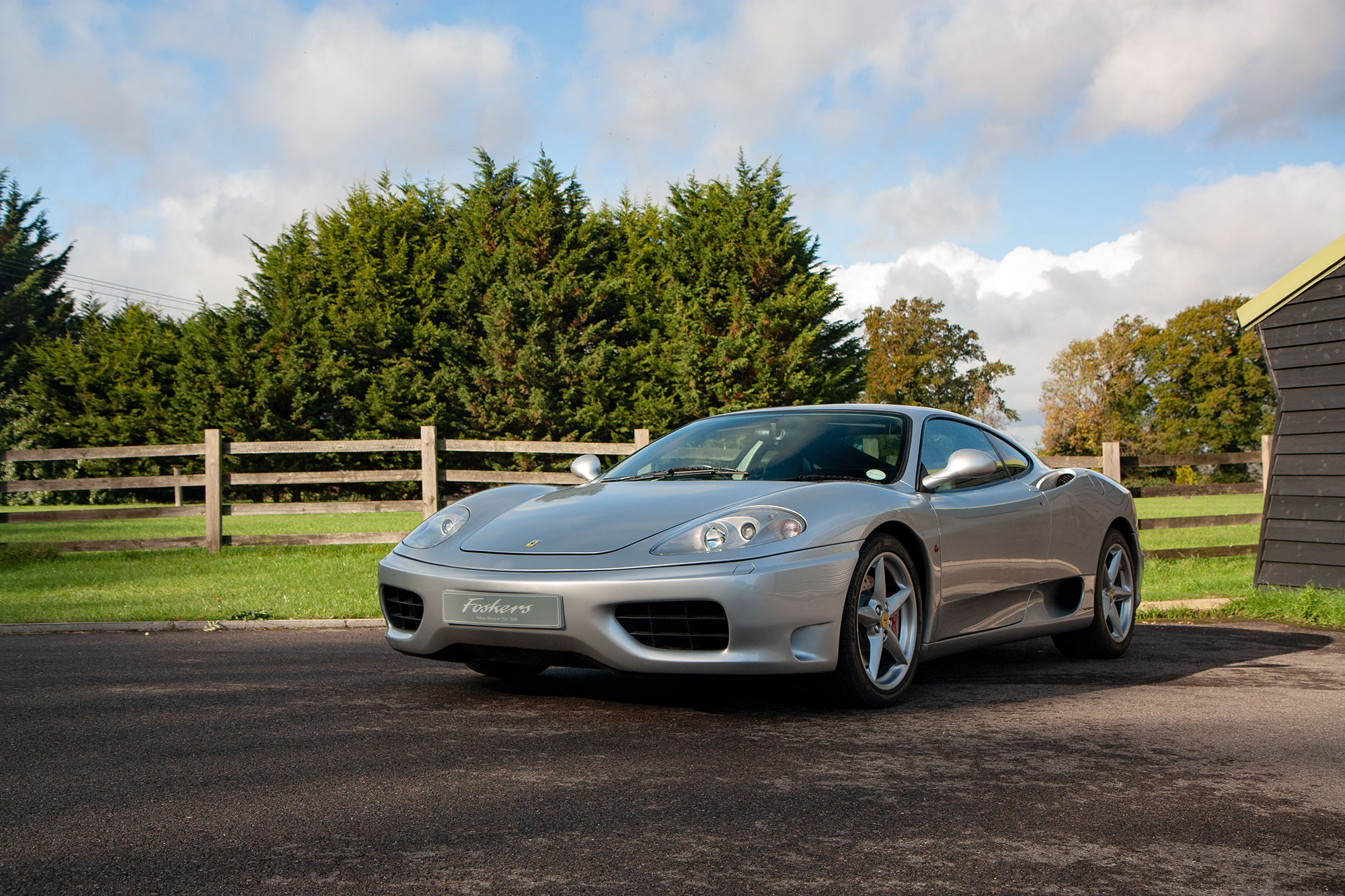 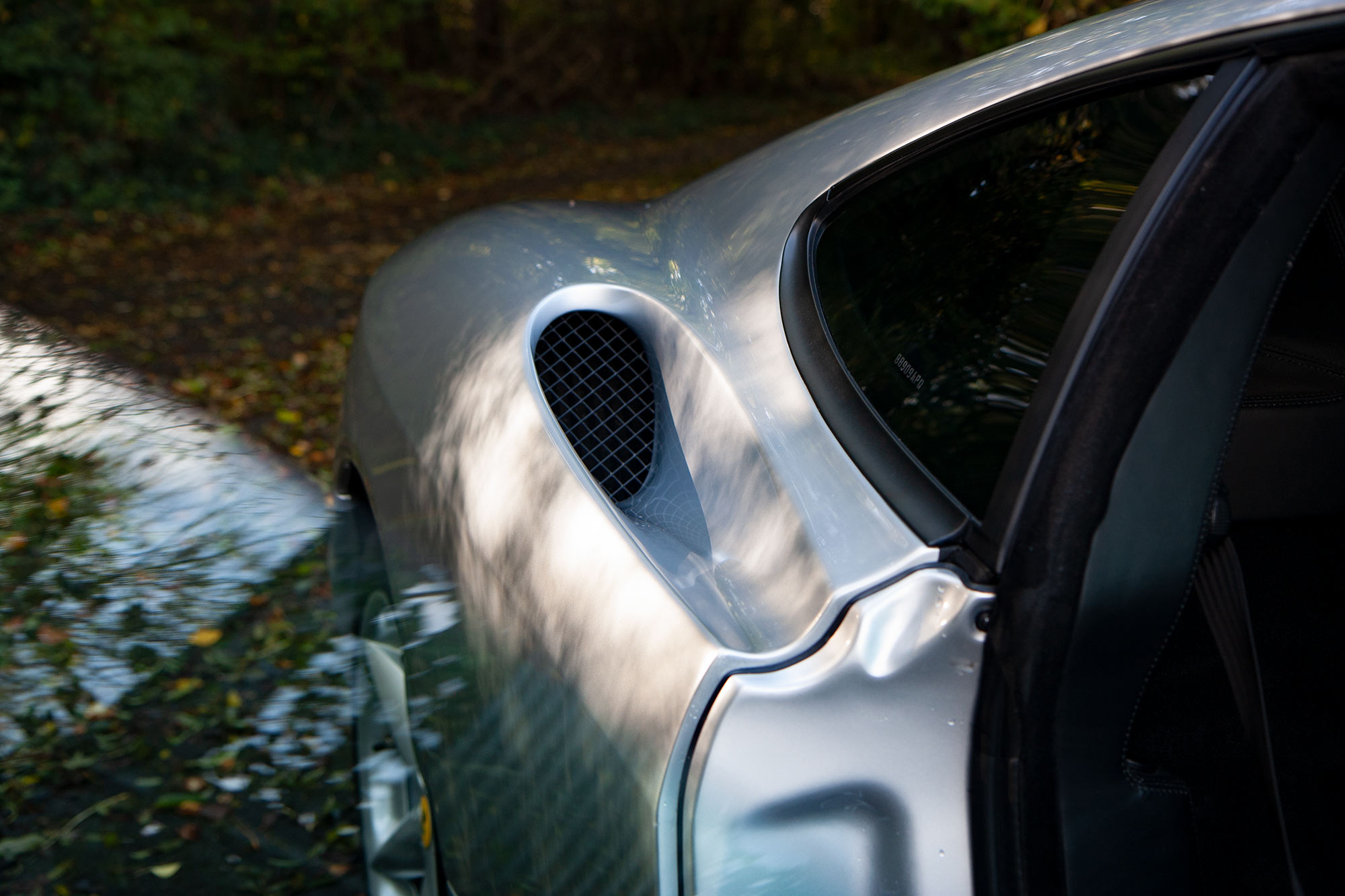 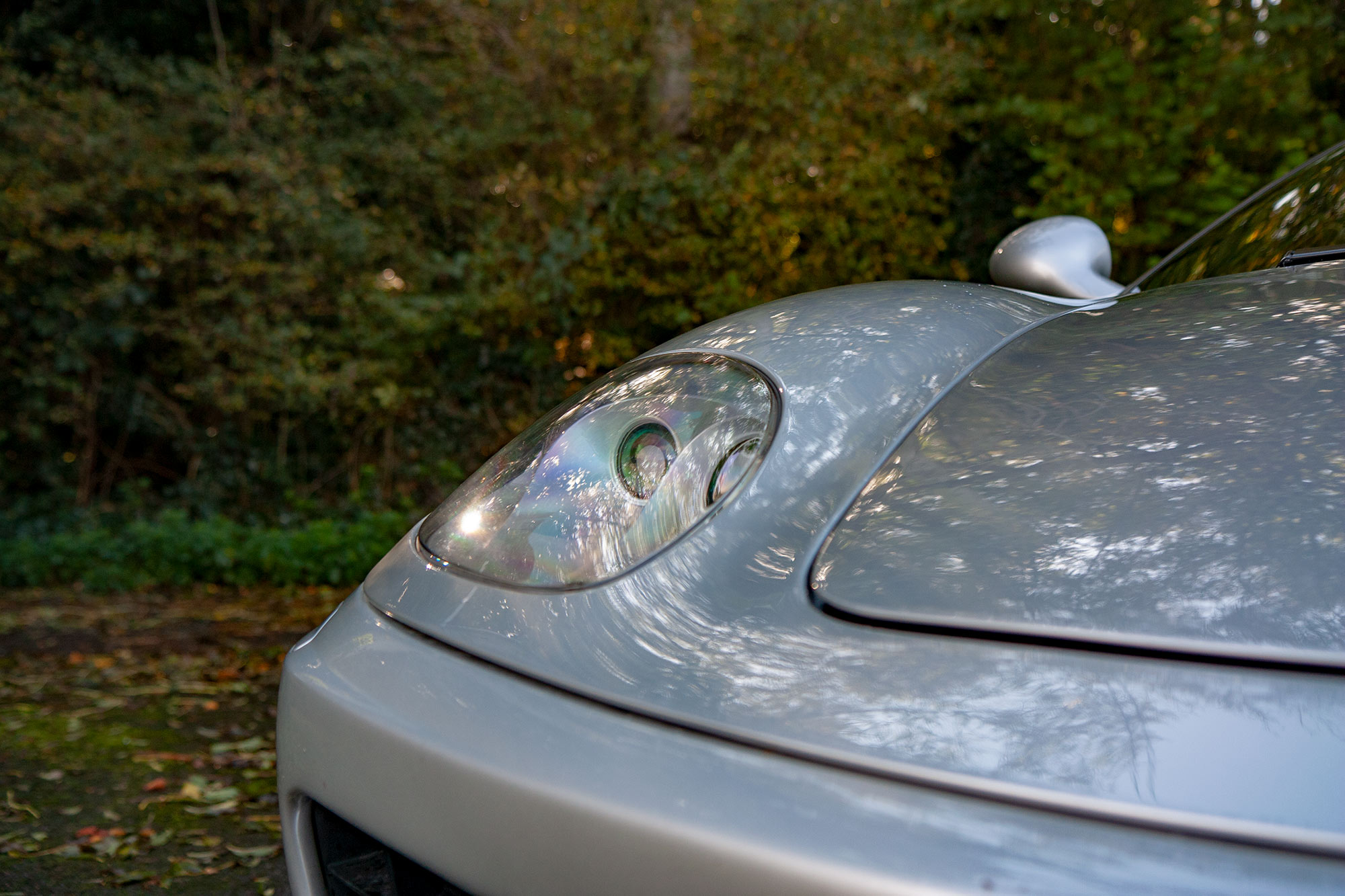 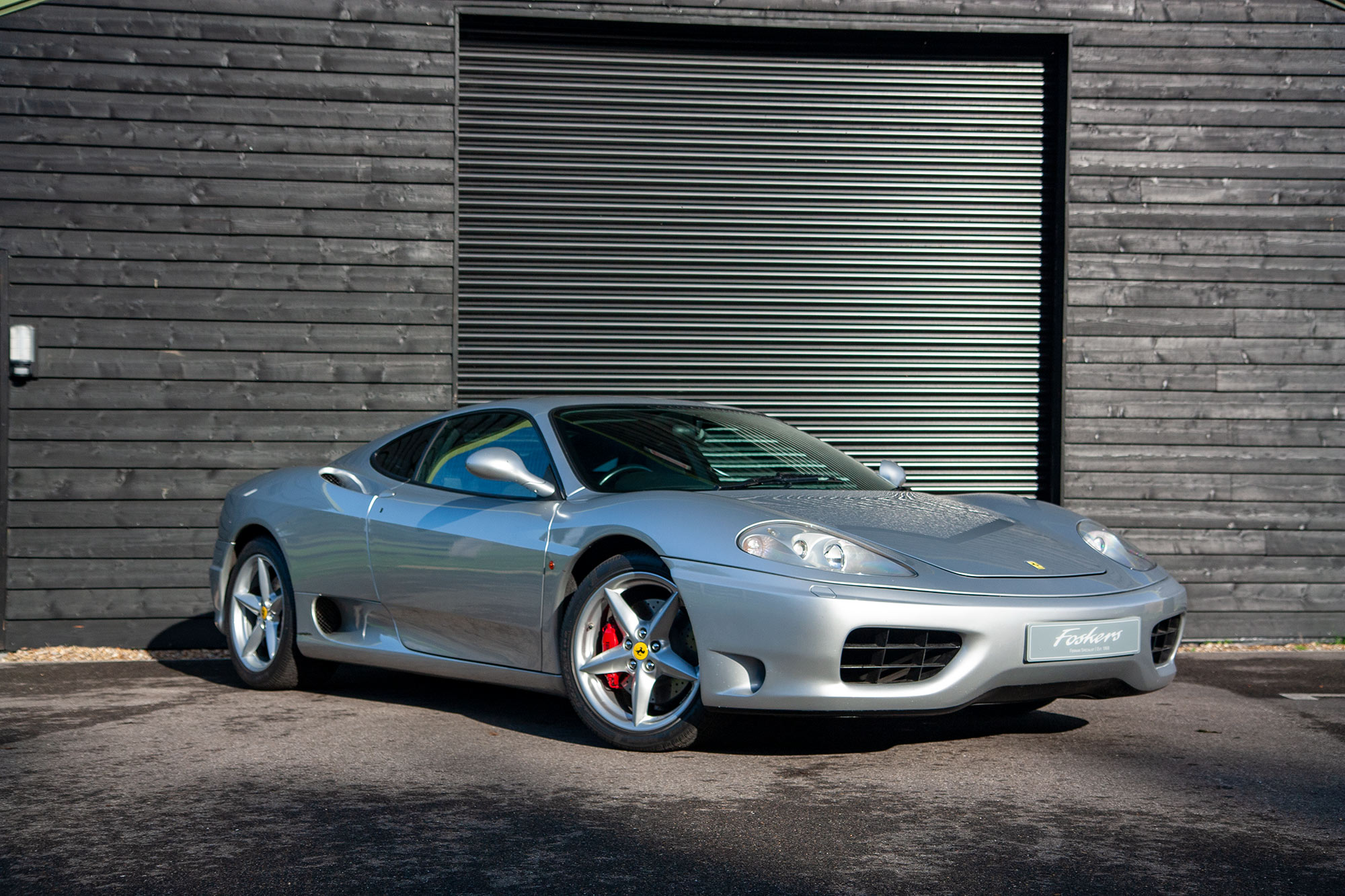 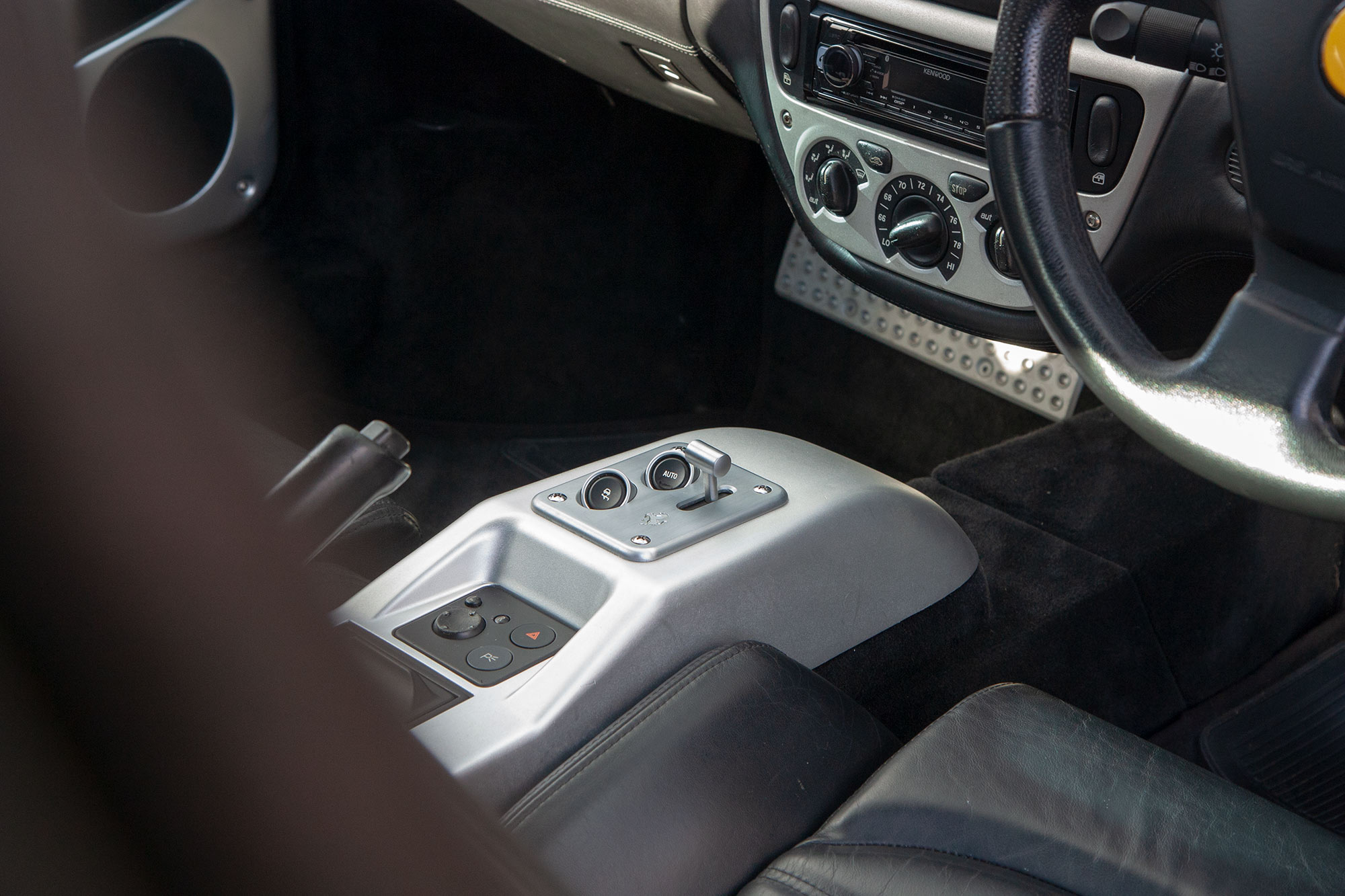 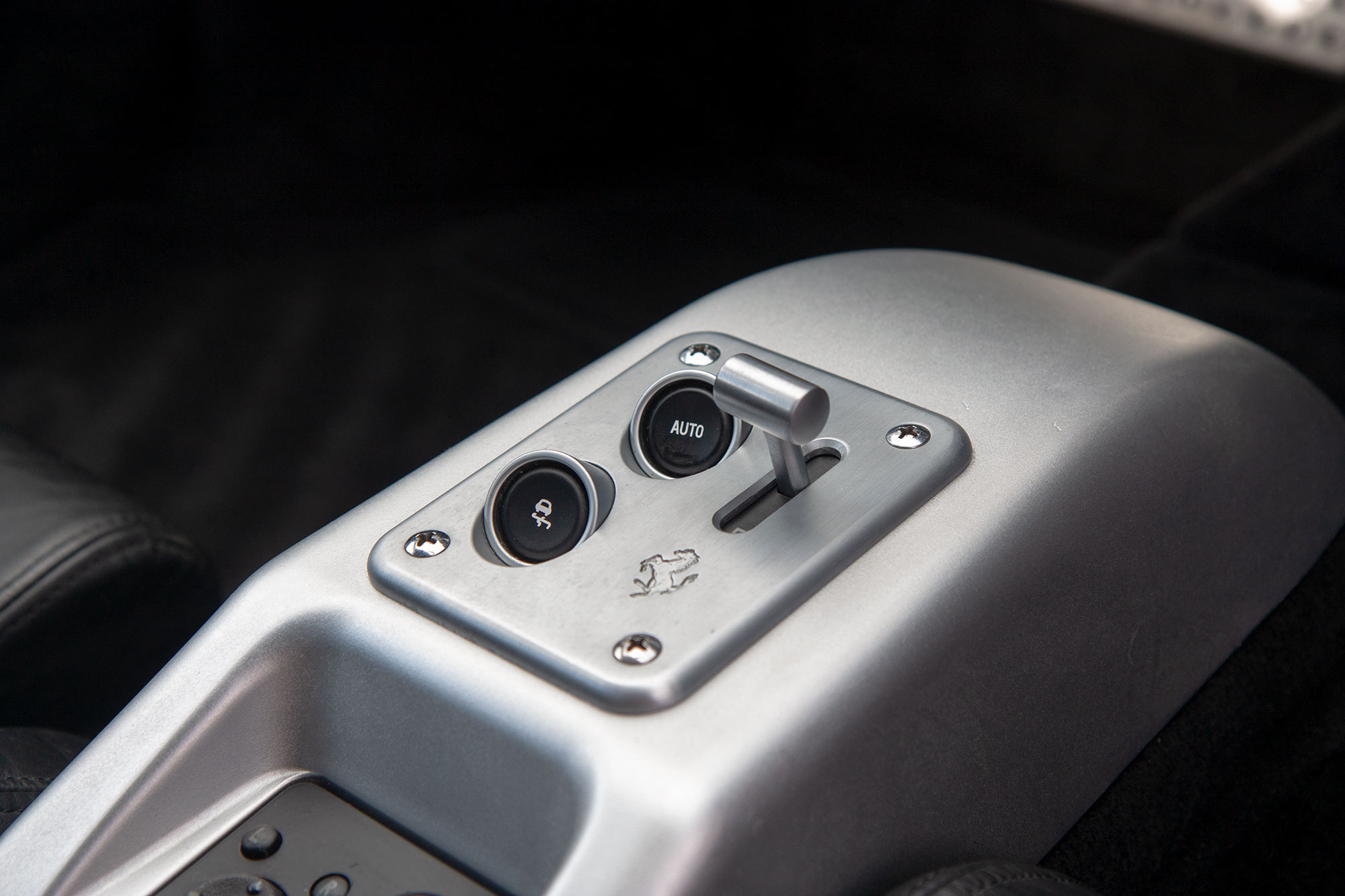 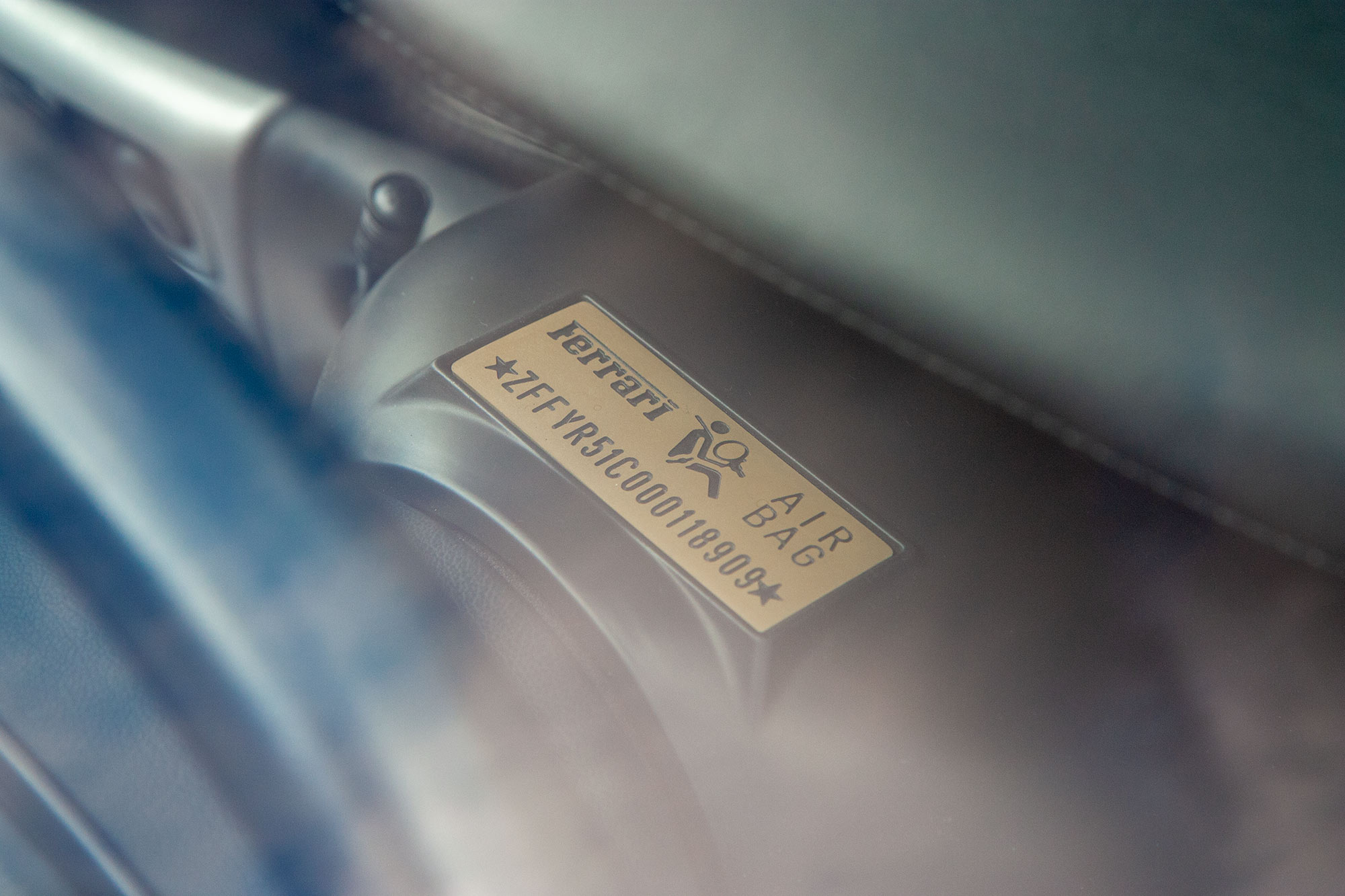 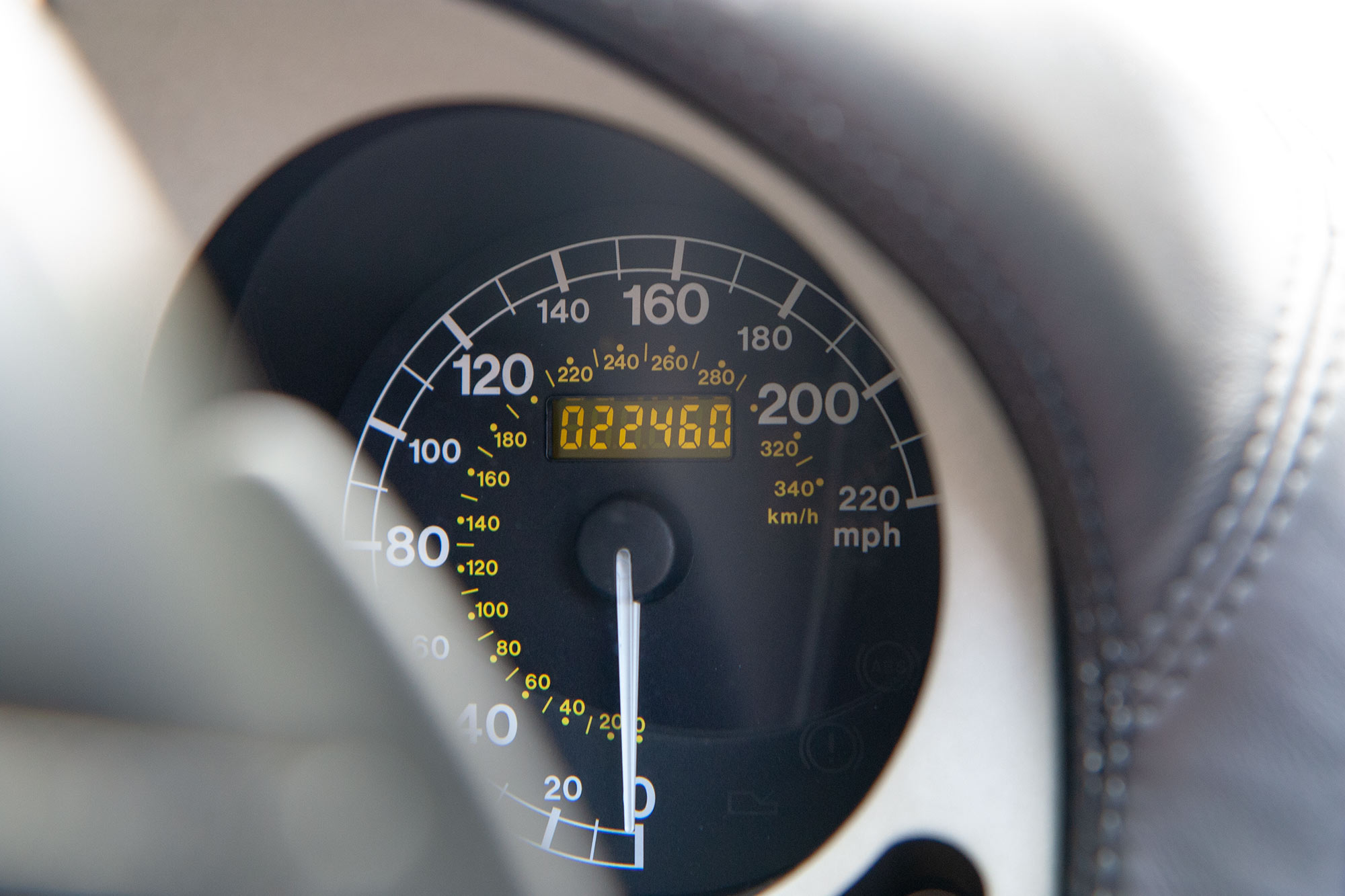 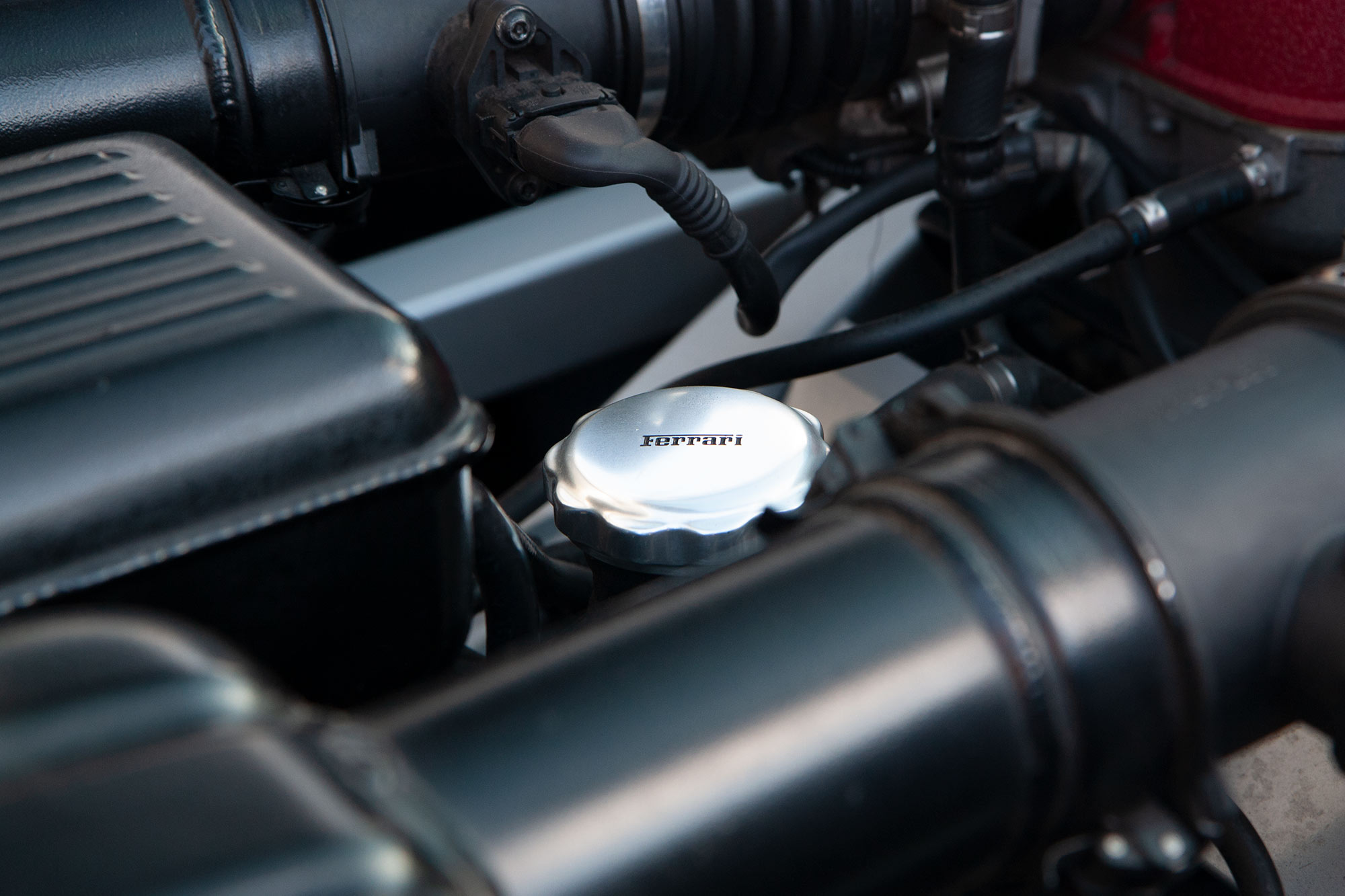 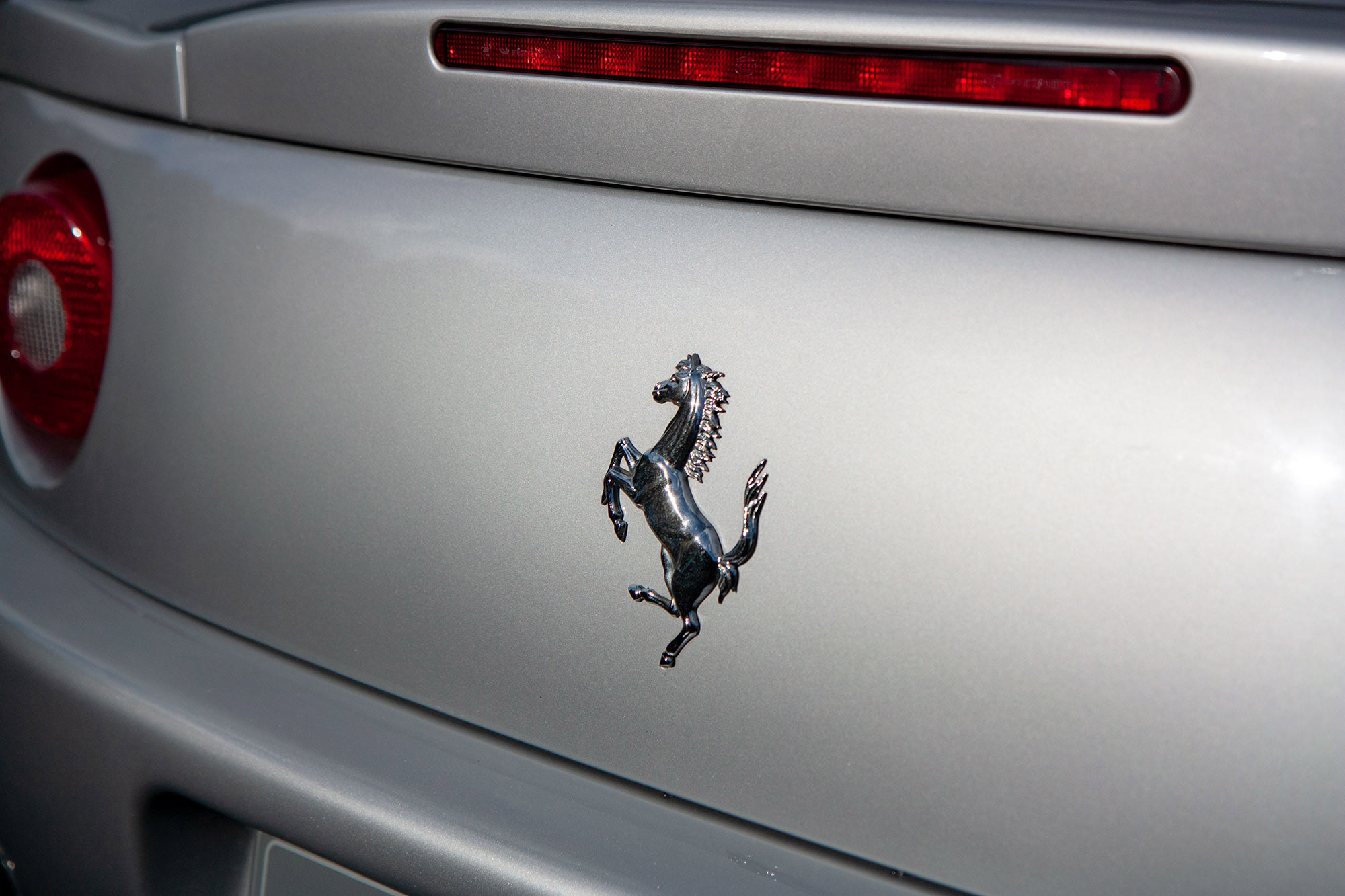 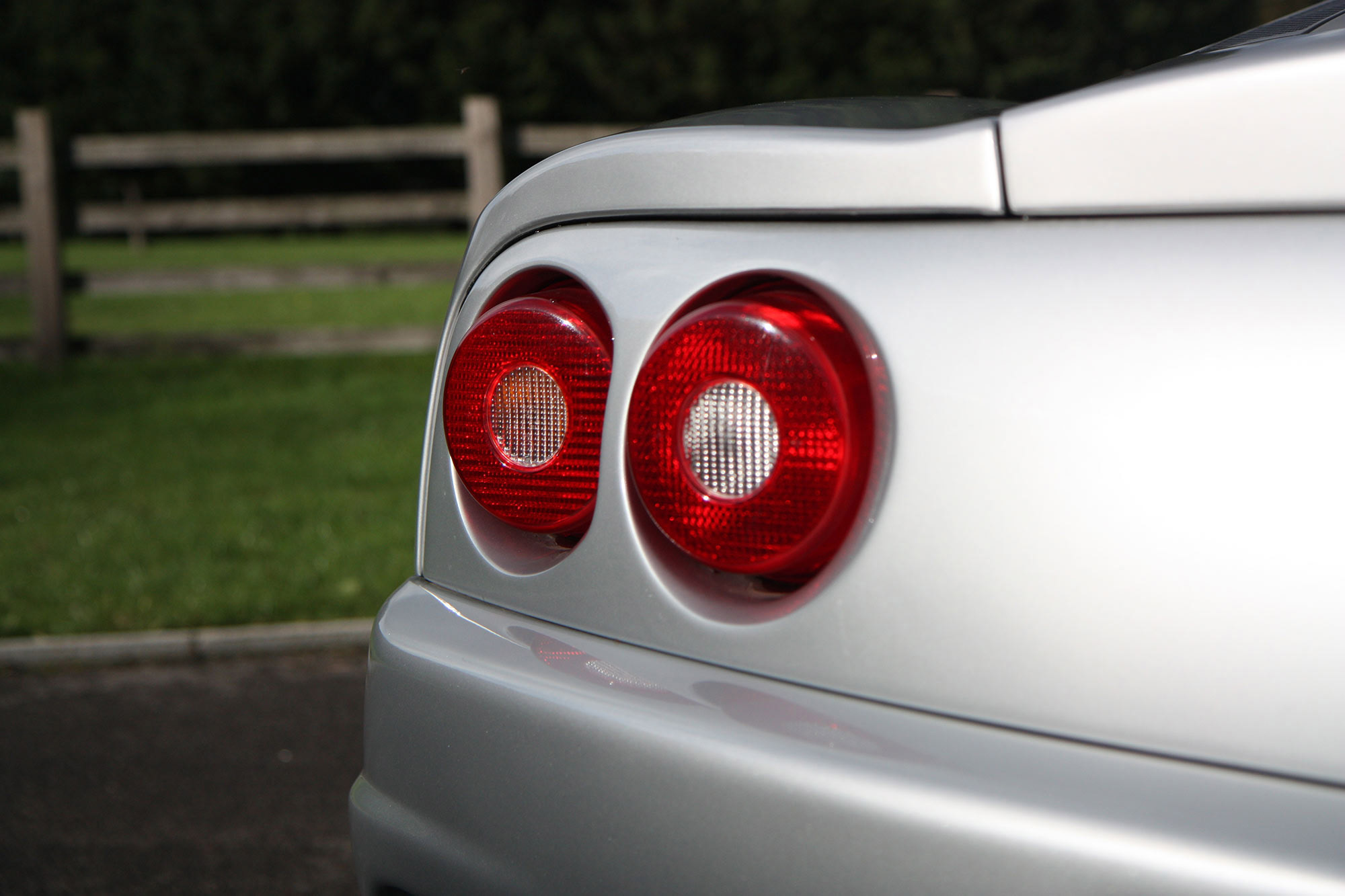 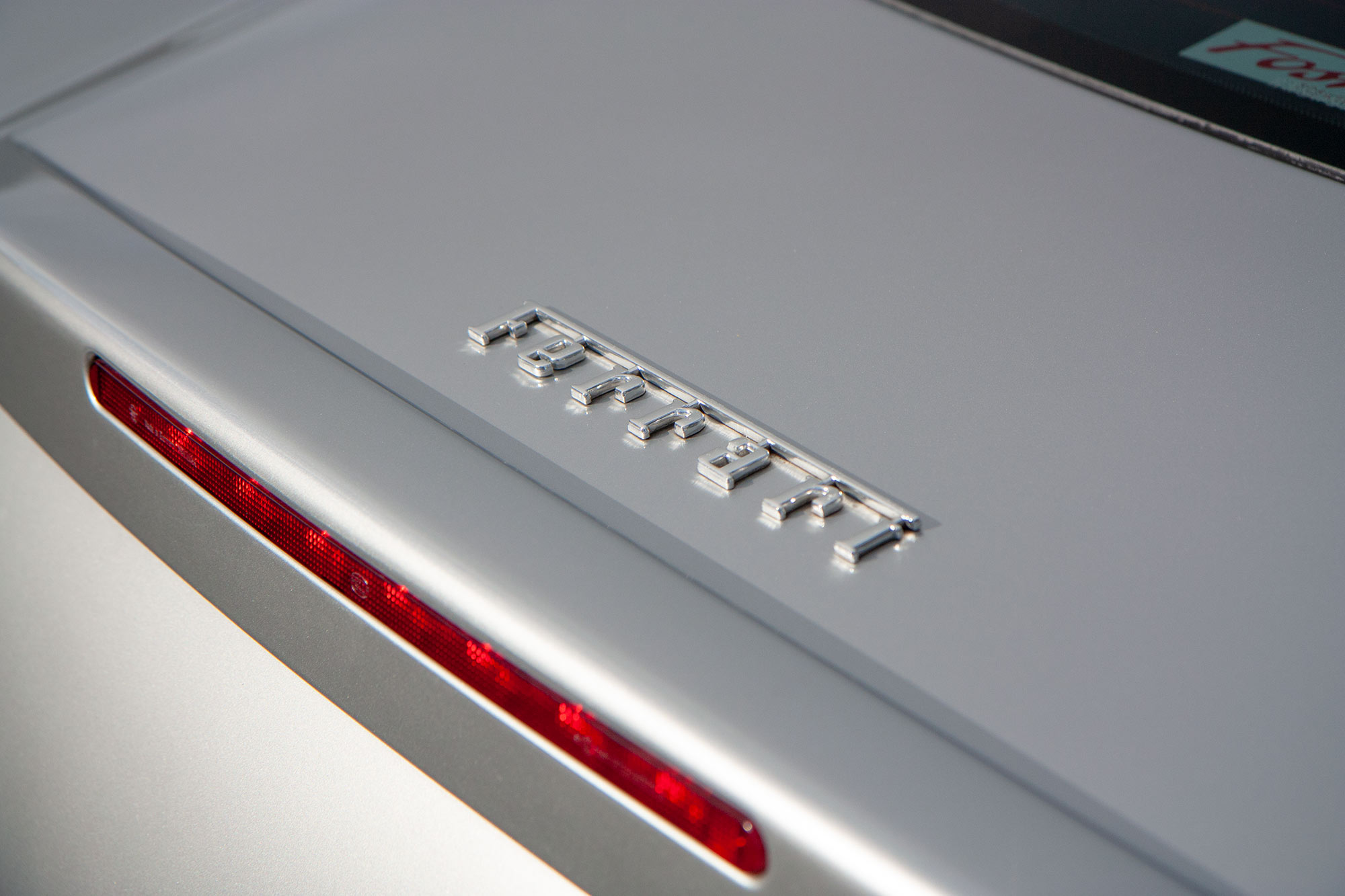 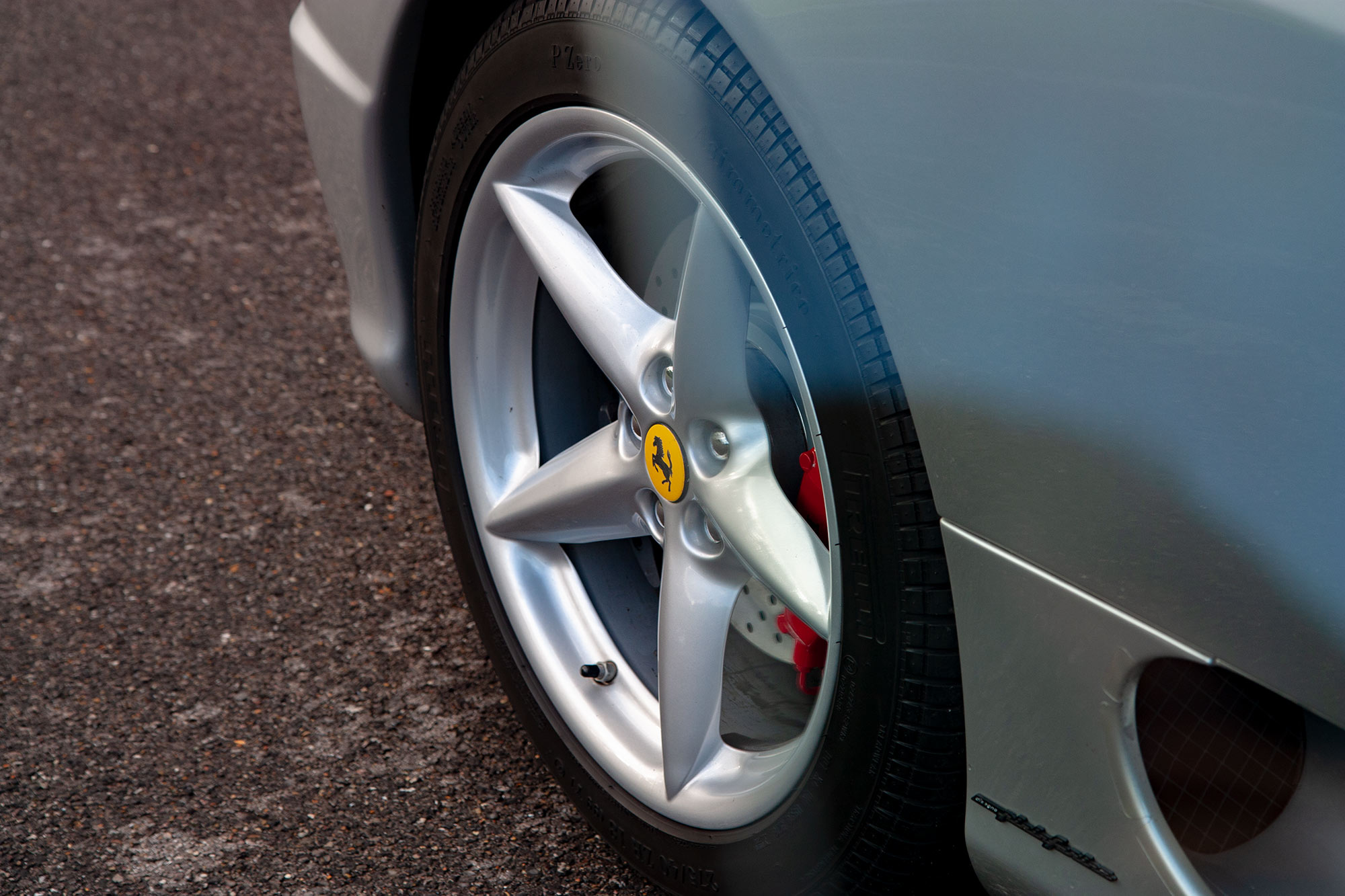 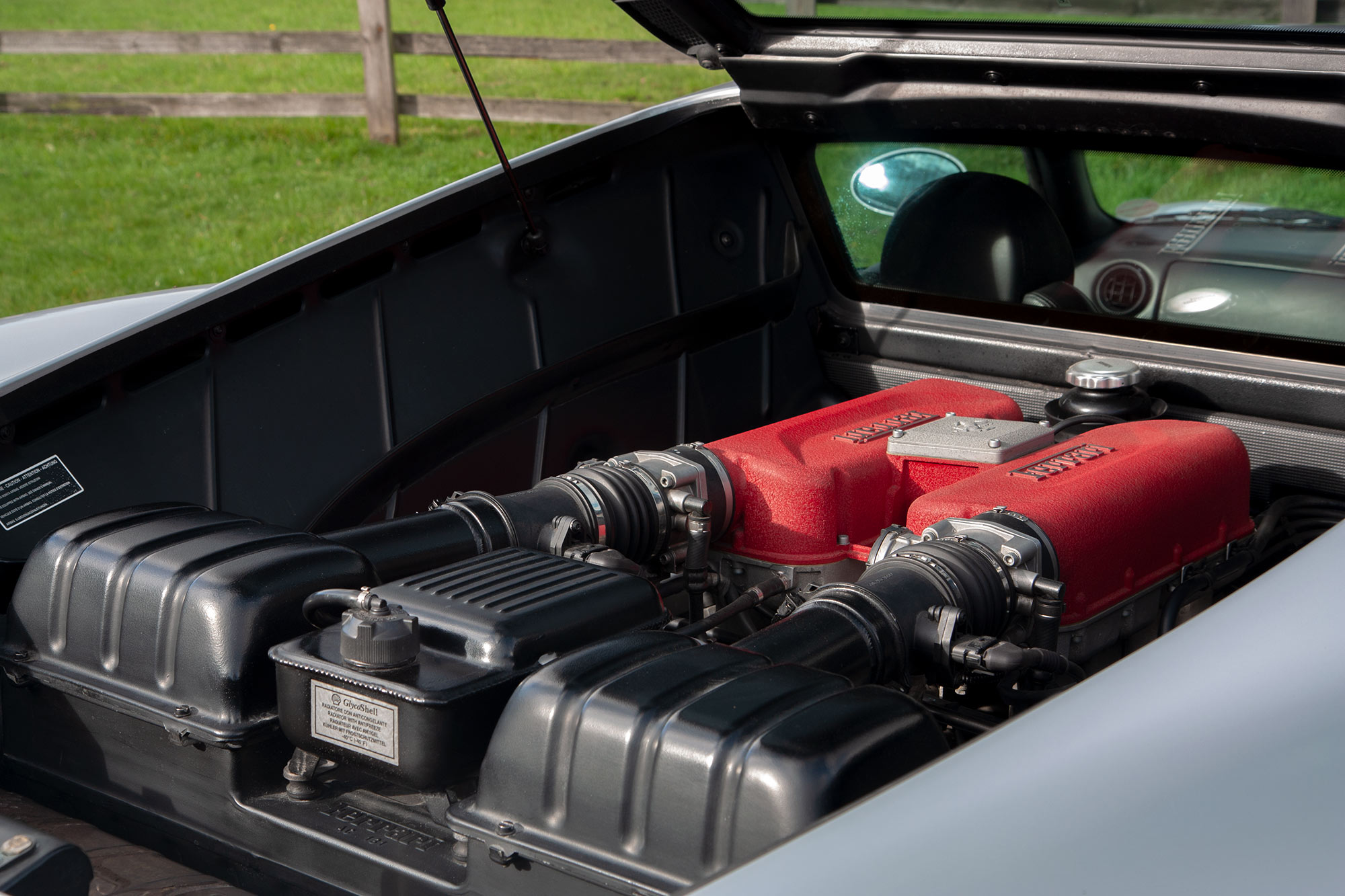 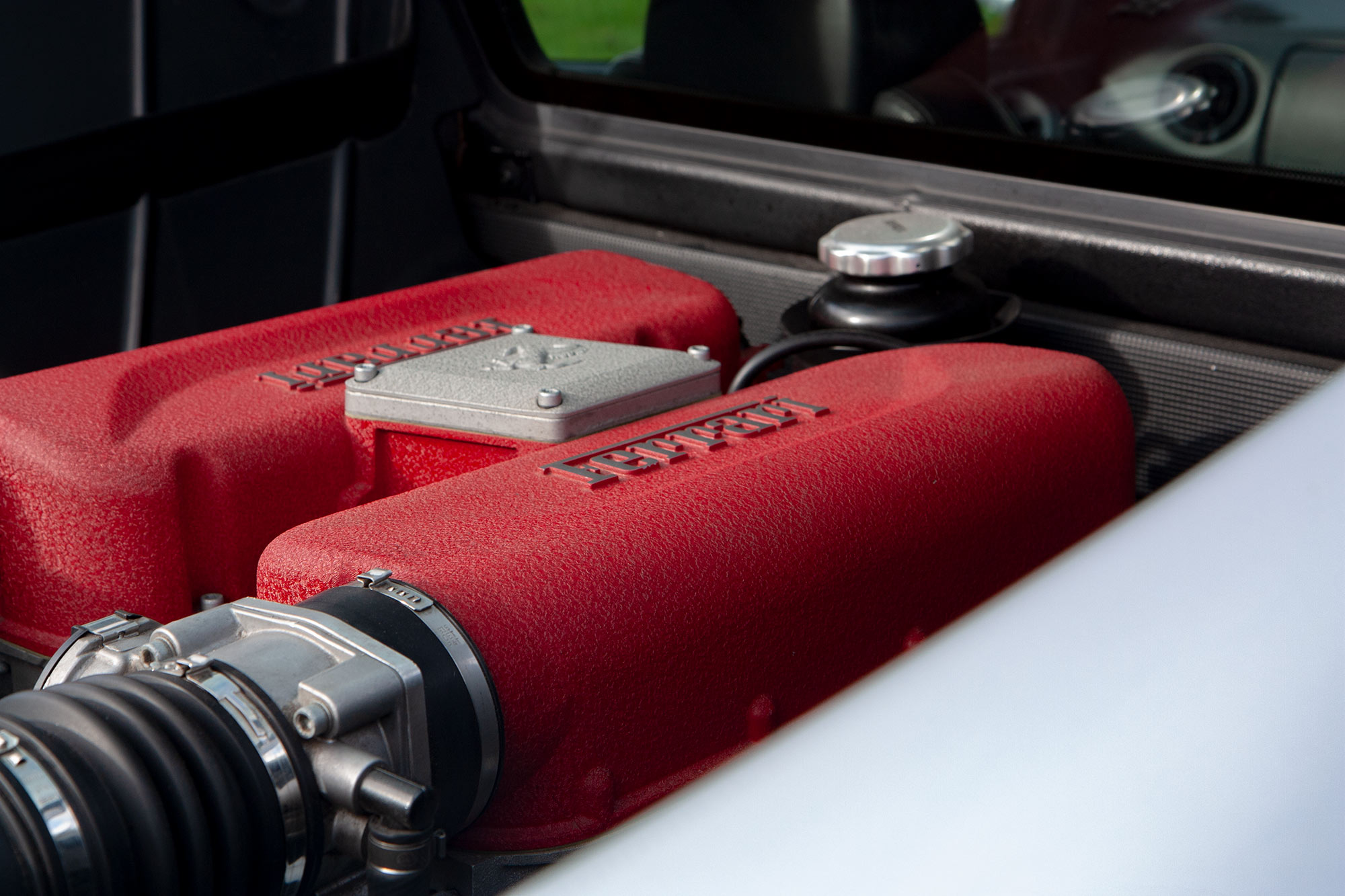 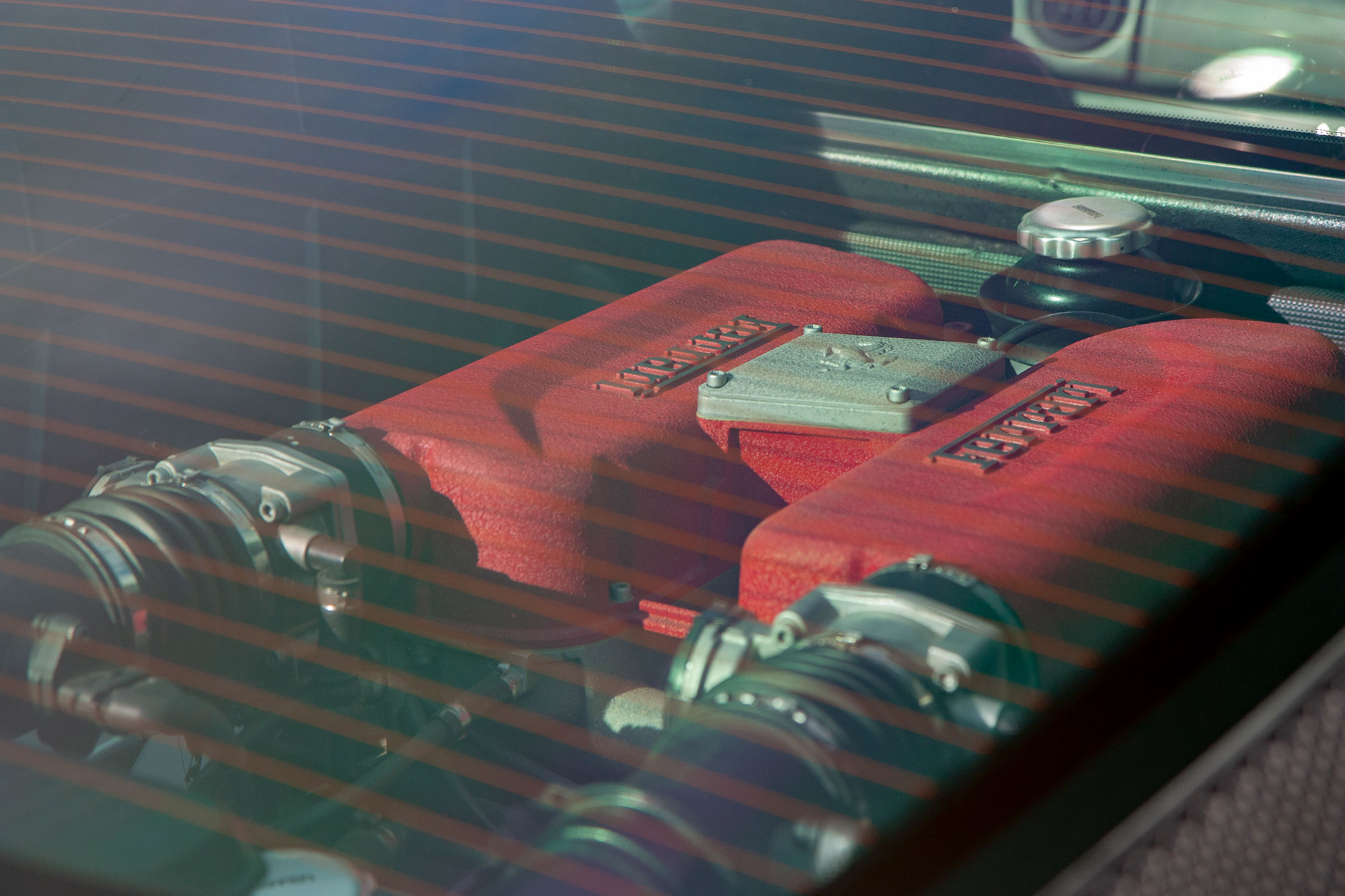 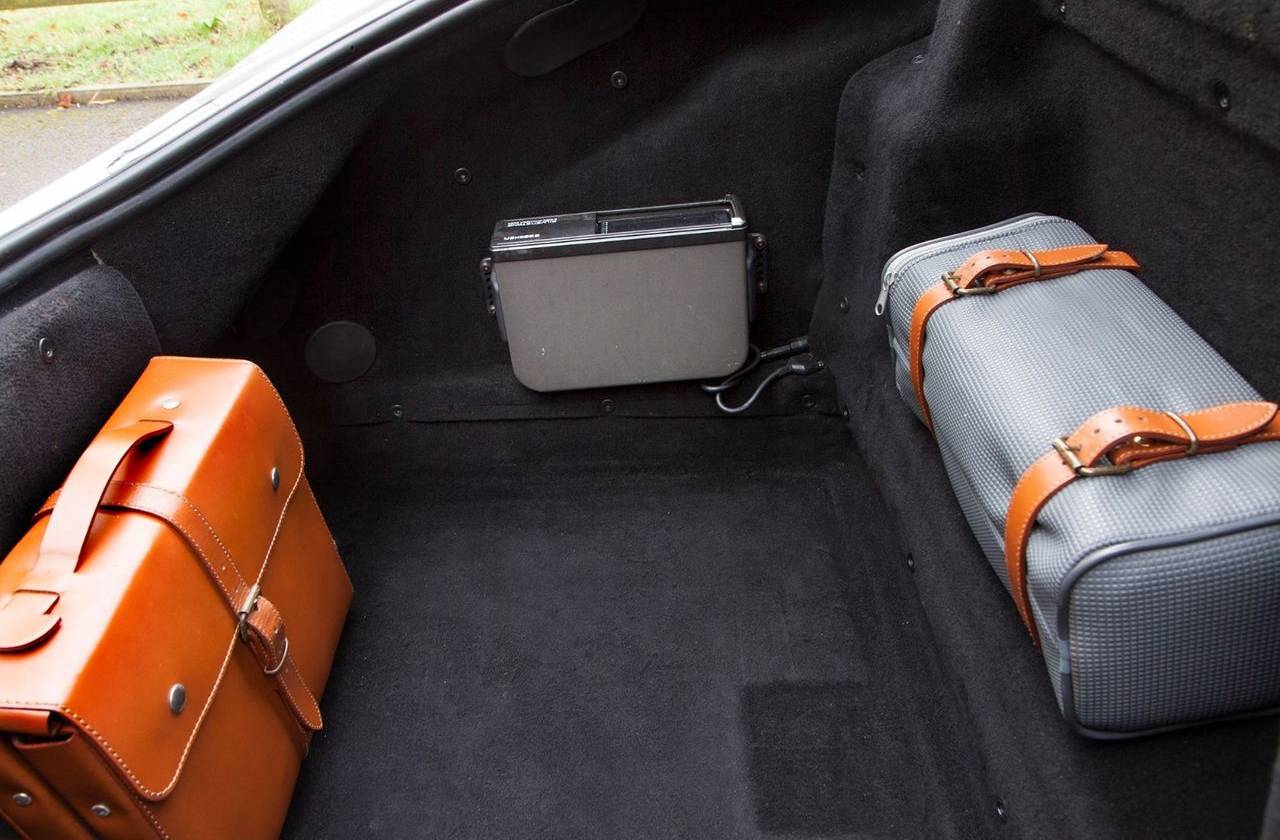